Another author I discovered when he was added to my Indie Author Review Exchange Fb group by fellow author, blogger and good friend, Lesley Hayes, is Jim Murray, author of two published books, the first of which I’ve reviewed here. In addition to being an author, Jim Murray has written magazine pieces in the past, and he currently runs a media company in Ireland.

Further details and links to his writing can be found at:
Jim Murray’s Amazon author page:

(Available in both eBook and print format from Amazon)

Although there is a clever and surprising story here, this is also very much a character driven book. Central to the story there are two brothers, Dominic and younger brother Spencer, along with the main antagonist, Lar Mangan, and finally several peripheral characters, all adding to the overall story. Written largely in the first person from Dominic’s perspective, the author effortlessly switches between sharp and witty dialogue and equally impressive narration. As well as laying the groundwork for the later story, Jim Murray initially explores various aspects of sibling rivalry, the differing and changing relationships between the two brothers and their contemporaries, family, and with those about them. There are no clear cut good, bad, or cliché characters here, but very real and well-rounded people, with all the flaws and traits of anyone you might meet.

It did take a while to determine just exactly which direction the story was taking, i.e. the events leading to the conclusion so to speak, but quite frankly it didn’t really matter as the initial and subsequent sub-plots were more than enough to fascinate and hold my attention. The quality of writing was excellent throughout; the author expertly switches between the present and the past by way of memories and flashbacks, really bringing alive Dominic’s and Spencer’s childhoods and their bearing on the present. In many respects this is a book of two halves, the first being the interaction between Dominic and Spencer and the other characters, and the second being that of the story proper, the reintroduction of and growing emergence of a past enemy, and the resolution of the main and secondary conflicts. Mixed in amid all this there is childhood bullying, sibling rivalry, infidelity, deception, family secrets and past indiscretions, murder and attempted murder, psychological manipulation, character reversals as Dominic has to change his views of those about him, and finally the shocking realisation of what’s really going on.

This debut published novel by Jim Murray is a first class well written and thoroughly entertaining story-telling treat, and one I would highly recommend giving a go. 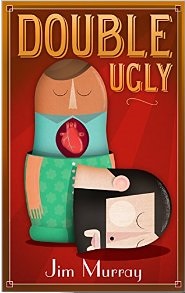