← Behind the Sofa…
Sperm Bank Donor… → 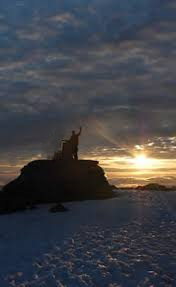 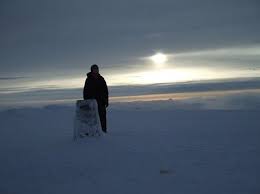 This is a little piece I was inspired to write after reading a short, rather sad but heart-warming ‘tweet’. All I’ve done is add a bit of ‘what if’ imagination either side of the gist of the original ‘tweet.’

Jack Morgan, still a little dazed and confused from the past few days, sat down in the bland interview room, he one side of the small equally bland table, and Detective Higgins, the other:

“It’s like this Jack; we’ve a few concerns about your wife.” The friendly approach to start.

“My wife? Wh..What are you talking about?” Jack replied, clearly upset by the question.

“We’re concerned for her whereabouts.” Still quite informal.

“Her whereabouts?” Jack repeated, “Is this some sort of sick joke?”

“I hardly think disposing of your wife off the top of a mountain to be a joke Mr Morgan.” The detective’s tone  now more formal and assertive, closing in for the kill, that detailed confession, so beloved of courts and prosecutors, that would lay to rest any doubts of Jack’s guilt.

“It was her dying wish, it’s what she wanted.. I’ve done nothing wrong.”

Detective Higgins was not moved by Jack’s tearful pleas. A life was a life and no one had the right to terminate it prematurely, no matter what the reason. The evidence was all there: reservations for Mr and Mrs Morgan at a local hotel, eye witness accounts of Jack Morgan accompanied by and talking to a woman both in the hotel and whilst ascending the tourist path up ‘The Ben’, as it was called, and lastly, reports from the hotel manageress, that Jack Morgan had returned alone in a distressed state, muttering about having held his wife aloft at the top of Ben Nevis…

They’d planned the trip many years ago, when they young and full of life. They were going to climb every mountain in the UK, leaving the highest till the last. That was a lifetime ago, but now they were finally going to make that climb to the top of Ben Nevis, the last and highest of the Munros they’d yet to climb during their forty years together.

The hotel had been booked several months in advance, and so they arrived…

Maggie, Jack’s wife’s sister, had met them at the station for the short drive to the hotel.

“Reservation in the name of Morgan,” Jack informed the hotel receptionist.

“Yes of course, a double room for you and your wife, room four.”

Jack didn’t reply other than with a forced smile and a slight nod of the head; she wasn’t to know, after all. He kissed Maggie goodbye, thanking her for their lift, and took Jill, his wife, upstairs to their room. He remembered for a moment the many wry smiles and knowing chuckles every time a hotel receptionist or stranger had noted their names, Jack and Jill. And their friends too, they’d become minor celebrities in the rambling and climbing communities – Jack and Jill going up another hill, their friends would say. It had been a little irritating at first, as if everyone who ever made the connection with the nursery rhyme of the same time naively believed they were the first to make it – but eventually they just accepted the comments and smiles, they knew there was nothing malicious about them, and were soon making the comment themselves, beating whoever to the punch line. Jill of course had never minded, happy to smile and laugh along with anyone and everyone, before the cancer that was. It was because of the cancer that they’d had to leave this last Munro for so long. But that was behind them now… Now they were on the verge of one last adventure, to watch the sun rise atop of the highest peak in all the UK…

That was enough reminiscing he thought, time for bed. He was going to need several hours sleep if he was to make the climb up The Ben in time to watch the sunrise.

Maggie pulled up at the hotel just before ten that night. Jack and his wife were waiting for her. They were taking the easiest of the routes up the Ben, so there was no reason they shouldn’t reach the summit in time for the 05:20 sun rise for that day, but what with the darkness, he was taking no chances – an easy steady pace was all that was needed.

Maggie had agreed to accompany them, just as far as the point where the tourist path diverges for those wanting to take a more ambitious route. The extra company was very welcome, but he was glad of his time alone with his wife as they made the final trek to the top.

It had been a hard slog, a far cry from the energetic exertions of their youth but there they were, watching the first rays of sun emerging on the horizon, watching from the last of the mountain peaks they had sworn to scale…

“Yes, that’s right Detective, my wife died just a month ago from cancer. She made me promise we’d finish our climbing ambitions together. We weren’t religious people; neither of us wanted a funeral or a gravestone…

…I took the small urn from my rucksack and held it aloft just as the sun began to rise, and pulled the lid from the top and allowed her ashes to scatter to the wind. I was keeping my promise and saying goodbye at the same time…”

← Behind the Sofa…
Sperm Bank Donor… →